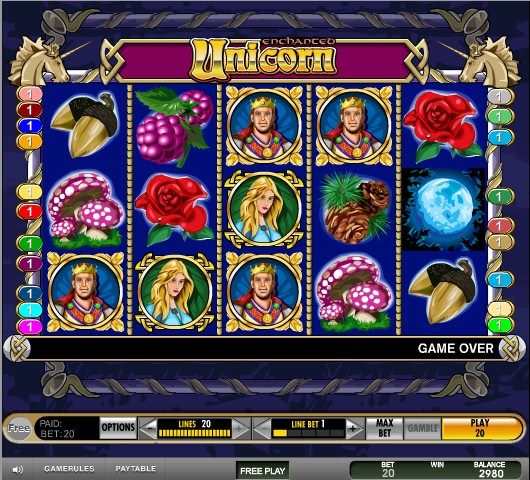 Enchanted Unicorn is a video slot game that was developed by the team at IGT. It has so many attractions that push thousands of players to choose it. It has scatter symbols, wild symbols and a high paying jackpot. It also has bonus rounds such as the Gamble Feature, Unicorn Treasure Chest Bonus among other high paying features. It has five spinning reels and twenty paylines.

Enchanted Unicorn invites players to go on a fantasy adventure in the enchanted world of fairy tales with an enchanted and a magical unicorn. The game is developed by IGT which vouches for the quality of the game, its features and the game play. It also means that players can enjoy the game with real money at any of the casinos that are powered by IGT including Mr. Green Casino. On the other hand, any players who are looking forward to try this game with free credits, they can do that on this website. So if you are a fan of the fantasy fairy tale world and unicorns, then this is your chance to go on a wild adventure into that magical world.

The video slot has a 5 reel setup and it gives players a total number of 20 lines that they can activate to place wagers on. The game has a fairy tale theme to it, this is why players will enjoy symbols that are coming straight from that magical world. This includes prince charming, the princess, the enchanted unicorn, a box filled with golden coins, a lion, mushrooms, nuts, a flower and cherries among other symbols. Players will also enjoy an equally entertaining soundtrack that is inspired by the same theme. All of this creates a wonderful environment, a fairy tale one, for players to enjoy while playing and placing wagers on the Enchanted Unicorn video slot.

Underneath the reels, the players will locate the control panel of the video slot. This panel enables players to select their wagers, spin the reels and place max bet. Under this control panel, players will find a grey area. This area contains the game’s settings, rules, sound settings and the paytable. This paytable would enable players to view the different line payouts that they can claim at the video slot as well as viewing the bonus features and the rewarding symbols that the game has.

There are two wagering options that players will go through in order to specify their wager per spin. The first one is the numbers of paylines that they wish to activate and place wagers on. They will choose from 1 up to 20 lines. The other option is the bet per line that players with to place on each line that they activated. They can choose from 1 to 5 bets per line. This will form the video slot’s betting range which ranges between 1 and 100.

The game has three special symbols. The first one is the unicorn symbol which acts as a wild symbol as it can substitute for any other symbol except the other two special symbols. The second symbol is the moon symbol which is the scatter symbols that rewards players with scattered payouts, another bonus symbol is the golden coin filled treasure box. 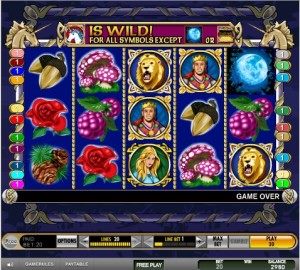 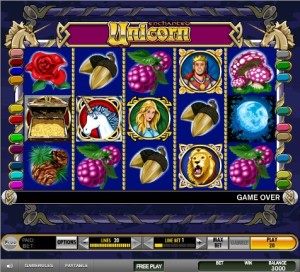