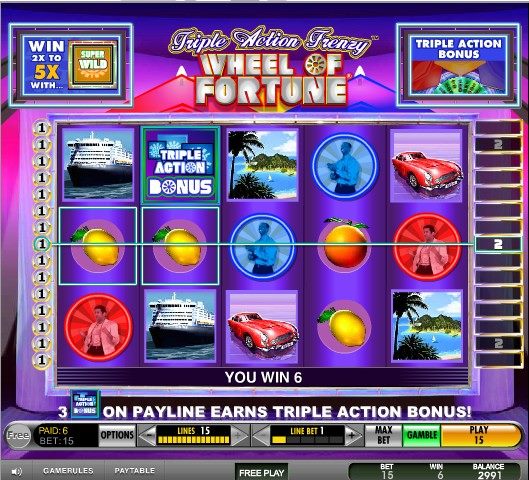 Wheel of Fortune video slot game has five spinning reels and fifteen dazzling paylines. It is clear from the name that it is themed around the T.V hit show, Wheel of Fortune. Players can expect a great collection of symbols that are inspired by the T.V show. This game will definitely appeal to the T.V show fans and other players.

The game is powered by Wager Works, a subsidiary of International Game Technology, also known as IGT. Therefore, players can enjoy the game at Mr. Green Casino. As for players who want to try this game for fun, they can do that here as we offer all of our games for free so players can enjoy them before heading to online casinos.

The game is themed around the TV game show that has the same name Wheel of Fortune. The theme of the game is apparent from the moment players open the game, as while the game is loading, they will see the famous game platform that has white squares and letters on them. After the game loads, players will see 5 reels that have a total number of 15 paylines. These reels and lines have symbols that are themed around the game show as well as the prizes that players won through that show. These symbols include a tropical beach, the Wheel of Fortune logo, a Wild symbol, a boat ship, oranges, watermelons, cherries, a sports car as well as game show contestants.

Under these reels, the players will find the game control panel, it is where players will find the different buttons they will use in order to place their wager, spin the reels, view the game’s options, sound settings, the game rules and the paytable of the game. This paytable will enable players to know all about the different line payouts as well as the bonus features that Wheel of Fortune has to offer.

Like the game show, the video slot has a lot of surprising bonus features for its players. For example, the game has a wild symbol that can substitute for any other symbol. The bonus symbol is the Triple Action Bonus symbol, 3 of these symbol will activate the wheel bonus round. 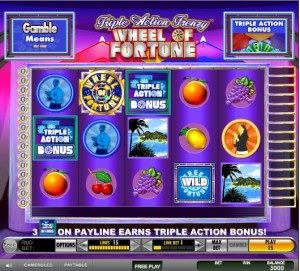 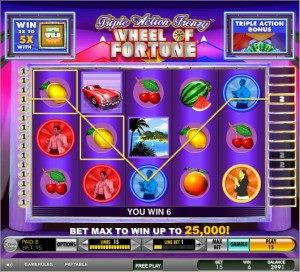 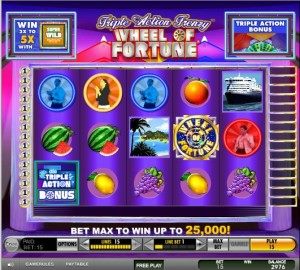