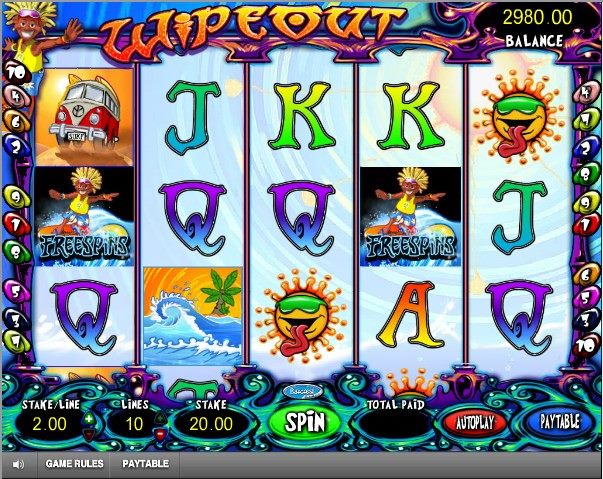 Wipeout is the slot machine that will give you a summer feeling. This game allows you to get on the wave while getting rich with its five reels and ten payline. The game also has numerous rewarding features and amazing graphics that will result in one heck of a gambling experience. There is also the scatter feature that can be triggered when players get 3 or more of the Surfer Dude symbol on the game’s reels.

Wipeout is yet another impressive video slot by IGT that is provided to online casinos by Wager Works, IGT’s subsidiary. This is why players can enjoy the game with real money at any of the IGT powered casinos, including and not exclusive to Mr. Green Casino. As for players who want to try the game with practice credit, they will be able to do that here. The game is all about fun and the summer time. This is why the game is presented to players in wonderful and colorful symbols that shine the reels of the game. Even the design and the layout of the game are very colorful and bright. Even the background music is fun to listen to, the soundtrack will change according to the game play as it becomes festive when players score winning combos and it is neutral during the normal game play and it is much louder when players trigger a bonus.

As mentioned, the game is themed around fun and the summer time, this is why the 5 reels and the 10 lines of the game are dominated with colorful and exciting symbols that are all about fun. These symbols include a safari fan, a sun wearing sunglasses, a surfer, Wild on ocean waves, the beach and colorful card symbols. The theme is also apparent from the design of the game as the background of the reels is colorful as well as the buttons at the control panel. Each button has its own unique color that make this game visually entertaining and satisfying.

These buttons can be found under the spinning reels of the game, they include the spin button, the auto play button as well as the wagering options that are available. At the far right, players will see a blue button that has the word paytable on it, this will show players the different line payouts that they can claim as well as the special symbols and the bonus round they can trigger. 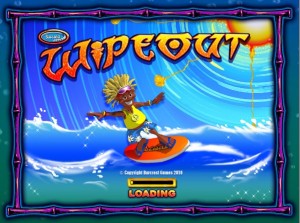