50,000 Pyramid is the original slot game that inspired 100,000 Pyramid. It is a five-reeled game with fifteen lines. This game is themed around one of the most watched T.V shows, 50,000 Pyramid. It rewards players generously through a Free Spins bonus round that gives players free spins and 10x multipliers on the winning combos, wild symbols and scatter symbols along other unique features.

50,000 Pyramid is a very rewarding game from the gaming selection that is offered to online casinos by none other than IGT. This game was one of the most successful IGT games and this is why IGT made yet another game as a sequel, it was called 100,000 Pyramid. The two games are themed around one of the most popular and most rewarding TV game shows that has the same name. This is why players will notice that the symbols that appear on the reels of the game are themed around the show and they include many of the prizes that the contestants used to win. Not only the symbols as the design of the game itself and the interface were designed to look like the TV game show. This allows players to enjoy a video slot that is themed around one of the favorite TV shows.

Since IGT is behind this game, players can expect to see amazing graphics and enjoy wonderful sound effects that are accompanied by a long list of rewarding features and bonuses that can be very lucrative, just like the game show. Players can enjoy this game here for fun or they can find it at Mr. Green casino alongside other IGT casinos.
The Game’s Theme and Setup

Were you a great fan of 50,000 pyramid, the TV game show, have you ever wanted to go on that show so you can make a lot of money, if so, then this is your chance. Through this IGT video slot, players will be able to capture the same experience that they would get at the game show and they will also be able to rack up on great rewards from the video slot, just like the game show. The symbols on the game’s reels include a red sports car, the logo of the game, golden bars, Mystery 7, LCD screen, golden watch, Celebrity Star, iPods, the winners Circle and tickets. All of this accompanied by the sound effects of the game and the design of the interface itself helps players in capturing the spirit and the experience of the game show while earning great rewards. The game is presented to players in a setup of 5 reels and 15 lines.

Like most IGT video slots, the game only has one wagering option that is adjustable. This option is the bet per line. Under the reels, players will see the different bet per lines that they can choose to play with. These bets vary between 1 and 5. Since the game has 15 lines, this means that the wagering range varies between 15 and 75.

The logo of the game is the wild symbol that can substitute for any symbols to help players in achieving a winning line payout. The Winner’s Circle symbol is the bonus symbol that will trigger the bonus round whenever 3 of these symbol appear anywhere on the game’s reels. 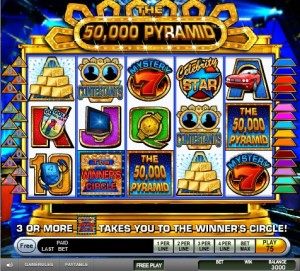 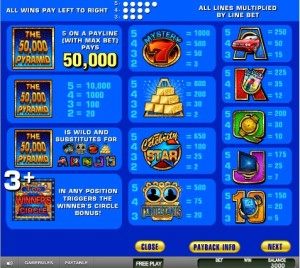 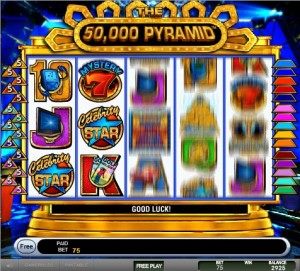